The 5 essential nautical knots to know 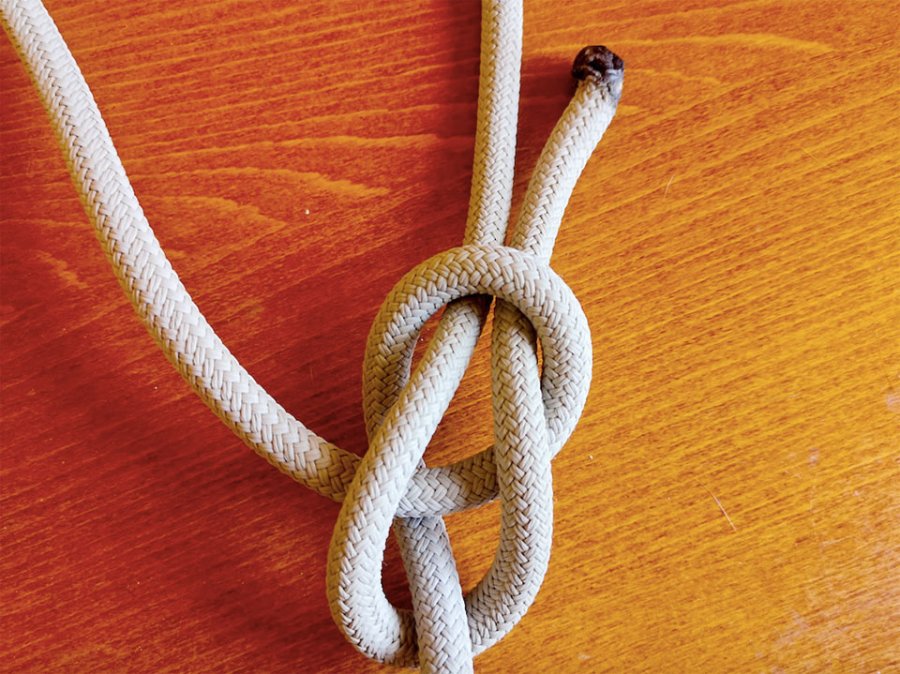 Nautical knots are knots used by sailors to tie the ropes in the boat during navigation.

Nautical knots are important and essential for the use of equipment, manoeuvring, in the management of mooring ropes, sheets and halyards on board. Navigation knots are many, and every sailor must know them and know how to do them quickly and without delay, to use them in different activities.

The peculiarity of all boating knots is that they must be kept in safety and without melting despite bearing high loads, they must be easy and quick to do, but above all they must be able to dissolve easily.

Let’s see now together the 5 most famous maritime knots and most used for boat maneuvers.

Among all the maritime knots, the bowline knot is definitely the most important and used, you have to learn to do it in every condition and without making mistakes, smoothly and quickly.

Its importance is mainly linked to two factors. First of all, it is a knot that once done and tight does not melt, even with high load, and despite being subjected to strong traction, you can easily dissolve it with bare hands by widening it from the rear.

We can say that it is the King of all nodes, the most widely used, the easiest to dissolve, and the most useful in different situations.

This knot is called Savoy, because it was used by a Piedmontese family, thatin heraldry. In particular, it seems that King Amadeus VI of Savoy, who lived in the '300, wanted to insert this knot as a symbol in his coats of arms and in the symbology of his family. Amedeo VI seems to have had a real fondness for knots, which he used everywhere: on the helmet, on the clothes and on the emblems.

The Savoy knot has the shape of an 8, is the most common of the stopping knots and is placed at the ends of the line. It is mainly used to stop the sheets within the stopper on deck or to prevent a line from exceeding its chosen area for maneuver and disappears, for example, in the shaft.

This knot, with its particular name, is mainly used for fixing the fenders to the dredgers. This knot is a self-tightening knot, that is, the more you pull on the mooring, the tighter it gets. It’s useful on many other occasions and uses, and can be strengthened by a hitch.

The half hitch is the simplest and most banal of the maritime knots, it simply consists of a complete turn around an object of circular section. It’s very strong with the condition that the dormant line is subjected to traction. This knot forms the basis of a wide variety of other different knots.

Moreover, if repeated several times it becomes the most versatile of maritime knots, and can be added to the clove hitch to make the fenders safer.

These are the five knots every sailor needs to know. In addition to being useful in sailing the knots are also fascinating to know, useful even outside the boat, and are part of the cultural baggage of every lover of the sea.

Charteritaly is at your disposal to organize your boat holiday and to give you all the information you need to live it in the best way.